Family Crest Rings that will ensure your family lineage and legacy will live on. Family Crest Rings engraved with Coat of Arms and name. These rings will preserve the history of European family names. It is a fact that most families with origins in European countries have an ancestral Coat of Arms. There are very few restrictions when it comes to wearing a Coat of Arms. It is worth bearing in mind that it is unethical to claim or deface a Blazon of Arms belonging another clan or family.

All official Coat of Arms are registered with the College of Heraldry or similar bodies around the world. When ordering your “Family Crest Rings” it is perhaps better to be able to approve the Coat of Arms prior to engraving. At Society Gifts this is the normal procedure when placing an order.

There are countless efforts from many people to try and explain what heraldry means.  It will become quite clear when you do your own research, that it was, and still is a means of identification in Western Europe. During the medieval times it was used extensively by knights of the realm.  Kings and Queens used them as a personal signature in the form of a wax seal.

The knights and warriors used this very precise method of identification on shields, where the heraldic achievement was clearly displayed for all to see. In addition to having the family crest or coat of arms on the shields, they would also have it engraved on their family crest rings, which were made from Gold or Silver. Depicted on the ring is the family Coat of Arms for the Delgado family.

In fact any person with a family Coat of Arms can wear a crest ring, for example in England and Ireland the grantee of the Coat of Arms and his descendants wherever they live are, by birthright entitled to do so. All public persons are at liberty to apply for a Coat of Arms or family crest, and when they are granted the belong equally to his descendants and successors. 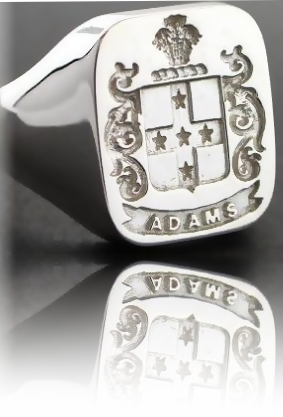 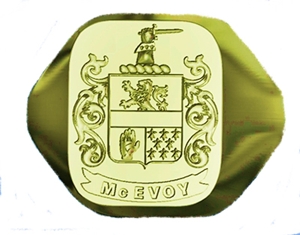 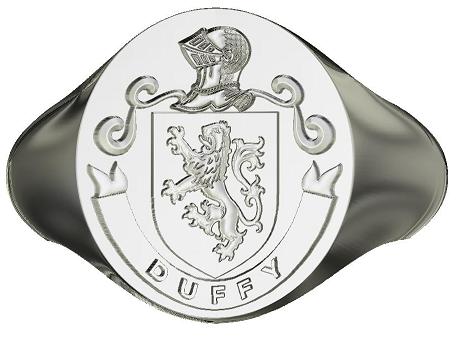 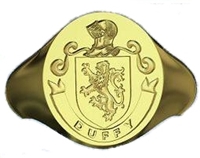 Family Crests are are actually a part of the heraldic achievement, and can be found above the helmet, and it’s surprising the amount of people who think that they have a family crest, even though they know very well that they don’t even have a Coat of Arms.

The family crest can be displayed on its own without the full achievement, and it can be engraved on family crest rings. It can also be engraved with Coat of Arms rings. There are cases where very old families can have a Coat of Arms without the crest. On stationary it is quite common for the crest to be presented surrounded by wreath with a banner containing the family name. A very nice gift package to send a person should include the ring and the printed scroll. This will allow them to see the Coat of Arms in full colour.